“Musicians can only count up to four, and we only know our alphabet from A to G.” This joke is not true, of course, since musicianship requires a great collection of skills—including the mathematical and literary kind. Nevertheless, musicians often have a poverty of musical terminology that limits our ways of speaking about it. Consider a word like tone, which has come to be synonymous with timbre (the quality of a sound), a single pitch (e.g., B-flat or D natural or F sharp, etc.), or a step (i.e., the musical interval). Musicians usually understand in context, but, as it has been said, “Writing [or talking] about music is like dancing about architecture.” This is not to say that it is impossible, but it poses its own challenges. 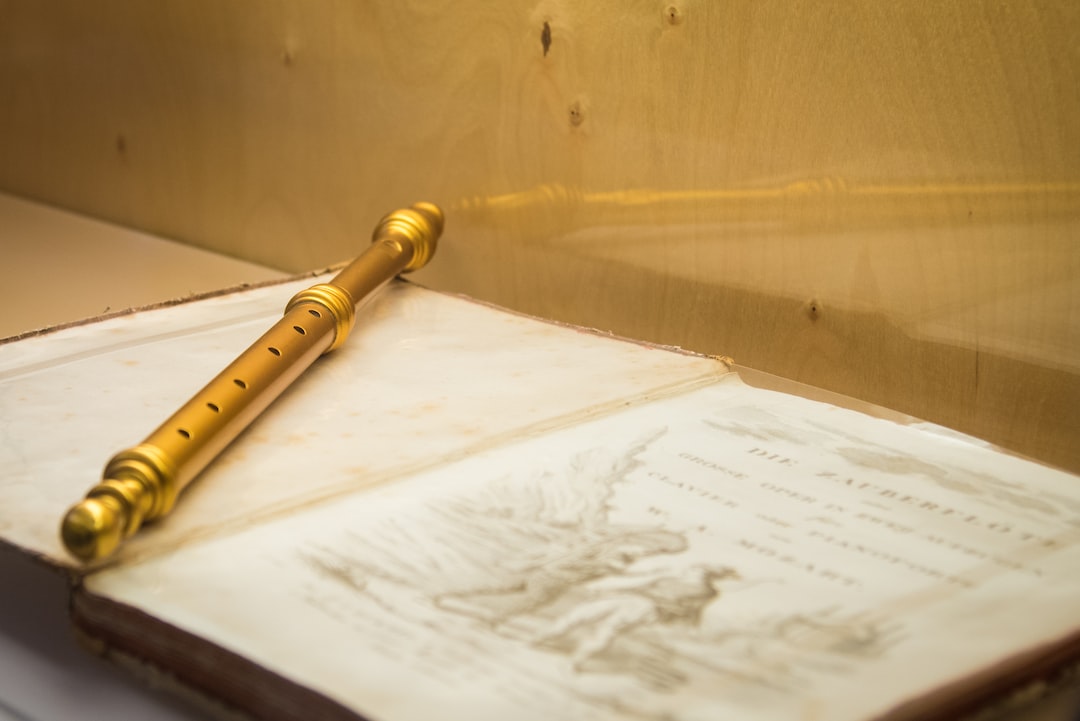 The vagueness is so pervasive that we can consider the following conundrum: a lot of music that is not Classical is nevertheless still “classical”. Words are defined by usage, and, for better or worse, you have probably heard Classical and classical used to describe the music you enjoy and perform. The term classical (here in lowercase for distinction) refers to a whole body of musical works, primarily from the region known as western Europe, spanning from the late 1500s until today, if we include orchestral scores from films and other media. Also included are avant-garde works from the last hundred years that were composed as art music, and some might even include earlier works from medieval and Renaissance Europe: the precursors of this collective musical tradition. Music historians have come up with better words such as “western (European) art music”, or even just “western music”—not to be confused with country/western music! When we say “classical”, we are using a broad, catch-all term for the music of composers such as J.S. Bach, W.A. Mozart, Ludwig van Beethoven, Gustav Mahler, and often film composers like John Williams, modernists like Steve Reich, and even the medieval composer Guillaume de Machaut. But there are finer distinctions, and Classical (in uppercase) is one of them. In other words, all Classical music is classical, but not all classical music is Classical. 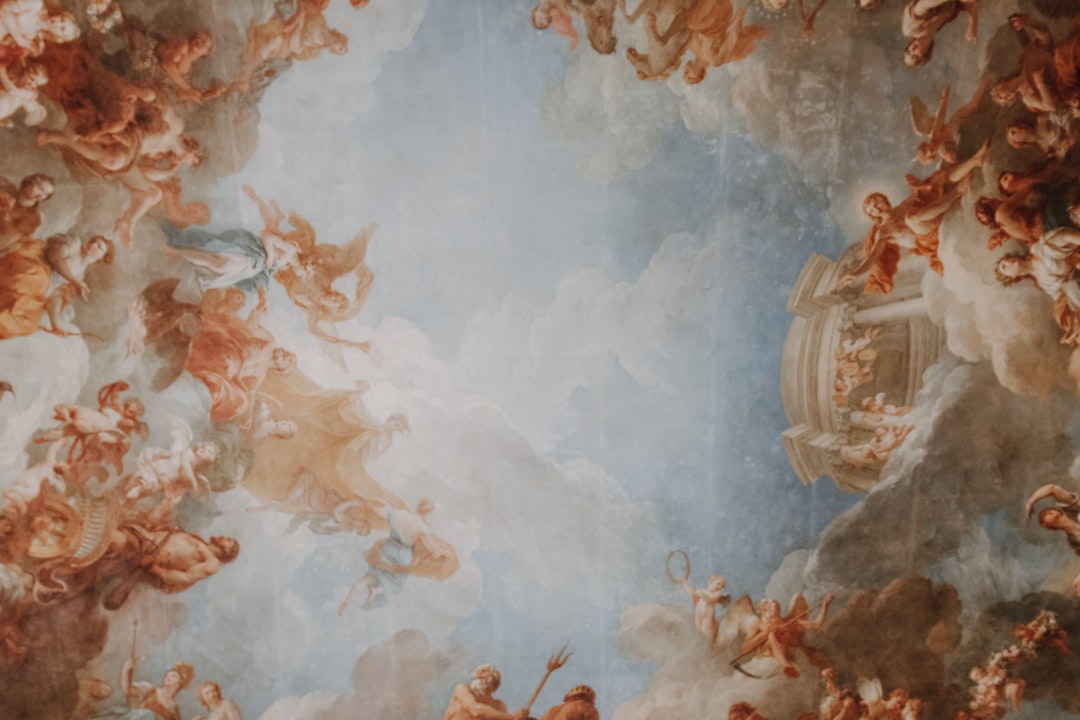 Let us stop for a moment and untangle some things before the confusion sets in! Whatever we choose to call it, our broad musical tradition is usually broken up into eras. These are the Medieval Era (400s to 1400s CE), the Renaissance Era (ca. 1450 to 1600), the Baroque Era (ca. 1580 to 1750), the Classical Era (ca. 1750 to 1820), the Romantic Era (ca. 1820 to 1900), and the Modernist and later Postmodernist Eras of the 20th century, and the contemporary era that we are living in now. When you listen to a “classical” music station, you are most likely to hear music from a time known as the Common Practice Period, which is made up of the music from the Baroque, Classical, and Romantic Eras combined. Most of your favorite operas, concertos, symphonies, sonatas, Lieder, and ballet suites—these quintessentially “classical” genres and representative works of music—were developed and composed mostly in the three hundred years between 1600 and 1900. Even the foundations of the orchestra itself and the institution of what we now think of as “classical” instruments are a product of this time period and the music written during it.

Tastes vary, but I think one could fairly argue that the most accessible music from the Common Practice Period—and therefore, the “classical” music most frequently experienced by listeners and musicians, especially novices—is the music from the Baroque and Classical Eras. The Baroque Era gave us J.S. Bach, Claudio Monteverdi, Henry Purcell Antonio Vivaldi, G.F. Handel, G.P. Telemann, Jean-Philippe Rameau, and Arcangelo Corelli, among others. The Classical Era produced composers such as Franz Joseph Haydn, W.A. Mozart, Ludwig van Beethoven, William Boyce, G.B. Sammartini, and G.B. Pergolesi. But, other than the years in which they lived and worked, what distinguishes the music of these two groups of composers? Is it not all just “classical” music to us these days? You would be surprised how serious the distinctions can be for audiences and players alike.

If you asked me what makes Baroque music Baroque, I would say this: opera. The invention of opera in the late 1500s gave composers the need to write appropriate instrumental accompaniment for solo singers. If you want to learn how to sing opera, check out voice lessons in Beaverton. For this, they created a musical technique known as basso continuo. Basso continuo consists of a “continuous bass line”, as the Italian suggests, in counterpoint to the singer’s melody, and this was filled in with richer, homophonic (i.e., chord-based) harmonies in between. This combination of counterpoint and homophony is the essence of the texture of Baroque harmony and instrumental accompaniment. Opera also provided the instrumental need itself as composers yearned to create an extravagance of sounds to accompany the action on stage just as film scorers still do today.

Example of basso continuo: Bach Brandenburg No. 3, I. Allegro Moderato

Basso continuo is a purely Baroque phenomenon and is a defining feature of Baroque music, though the earliest composers of what would later be called the Classical Style sometimes found it hard to let go of the technique. As basso continuo was most often scored for cello or double bass for the bass line and harpsichord for the chordal harmonies filling it out (the piano was yet to be invented and popularized), many often associate the sound of a harpsichord mingled with an orchestra as the hallmark of Baroque music. Take caution, however, for this is not always true. By the time composers like Haydn and Mozart had come around, basso continuo had been wholly abandoned, replaced by a more elegant kind of homophonic accompaniment with significantly less contrapuntal writing. The harpsichord itself would fall out of favor by the end of the 1700s, and the piano would secure its place as the standard keyboard instrument for the style.

Another notable distinction is musical form. Though many of the same musical genres (i.e., types of musical works) are shared between the two eras, the forms employed are quite different at times. The word baroque refers to a misshapen pearl: something ornate, beautiful, colorful, but “off balance” or out of proportion. It was originally used as a perjorative by Classical composers for the music that came before them, which they saw as lacking refinement and the elegance of their own works. Fans of Baroque music today, of course, appreciate the ornate “busyness” of Baroque works, the frenetic bass counterpoint and plinky harpsichord, the asymmetrical, irregular phrases and melodic fragments peppered about, ritornello forms (refrains between contrasting episodes of musical digression), and quick harmonic rhythms (i.e., the pace in which the tonal harmonies shift).

It can be quite exciting! Classical music, on the other hand, tends to exhibit regular, four-bar phrases, tuneful melodies, juxtapositions of mood and expressiveness, and predictable musical forms like sonata allegro form and theme and variations that give listeners a sense of expectation and subsequent satisfaction. Just compare Bach’s Brandenburg Concerto No. 3 in G Major, “Allegro moderato” (ritornello form) above with Mozart’s Symphony No. 25 in G Minor, “Allegro con brio” (sonata allegro form) to hear some of these formal differences. Note, as well, the clearer delineations between sections in the Mozart and the stricter sense of unity and hierarchy of the orchestra.

What might be surprising is that Baroque music is often “more complicated” than Classical music, at least in certain ways. The tendency is to think that art music gets more complex over time, but this is not at all true. Technologies do change, however, and the Classical Era that gave us the dominance of the piano also added instruments that had not previously been used in Baroque orchestras such as the clarinet/basset horn, the transverse flute (which supplanted the more popular Baroque recorder), and the conductor! You might have noticed in the videos above that the Bach performance did not require one. The larger Classical orchestra also lends itself to greater range of dynamics (volume), and, therefore, moments of tunefulness contrasted with moments of tumult to drive the music forward. These are all general principles, of course. There are plenty of tuneful, mournful Baroque melodies, and one can find the occasional contrapuntal work from the Classical repertory.

In opera, too, once can spot some differences. Baroque opera tends to be serious, its themes focusing on mythology, royal histories, and great heroes. Its arias (songs) usually focus on the inner thoughts of a single character, pausing dramatic action. Classical composers strove for balance, contrast, and simplicity, preferring ensemble singing (e.g., duets, trios, etc.) where characters continued the dialogue in song and interacted with each other, increasing dramatic continuity. The themes were more down-to-earth and even comedic, as were the characters. Compare this aria from Handel’s Giulio Cesare with Pergolesi’s duet in La Serva Padrona (but do not let the harpsichord fool you!):

In the most immediate ways, Baroque and Classical music are both just “classical”, resembling each other perhaps more than anything else. Classical style was the daughter of Baroque style, after all. The differences in form, instrumentation, texture, phrase rhythm, dynamism, emotivism, and range can be heard when you listen for them. And for many players, these differences can be quite a big deal for how these works are understood, rehearsed, and performed, and it can make quite a difference for the listener, as well. It is important that we do not always lump together hundreds of years of music into one category, even if it is sometimes expedient to call oneself a “classical” musician for lack of something clearer. If we are going to dance about architecture, let us make sure we are doing the same dance! And, if we are talking about music, let us speak the same language...at least sometimes. I assure you, we know all the letters, and we can count higher than 4!

Quiz: How much do you know about Neil Young? 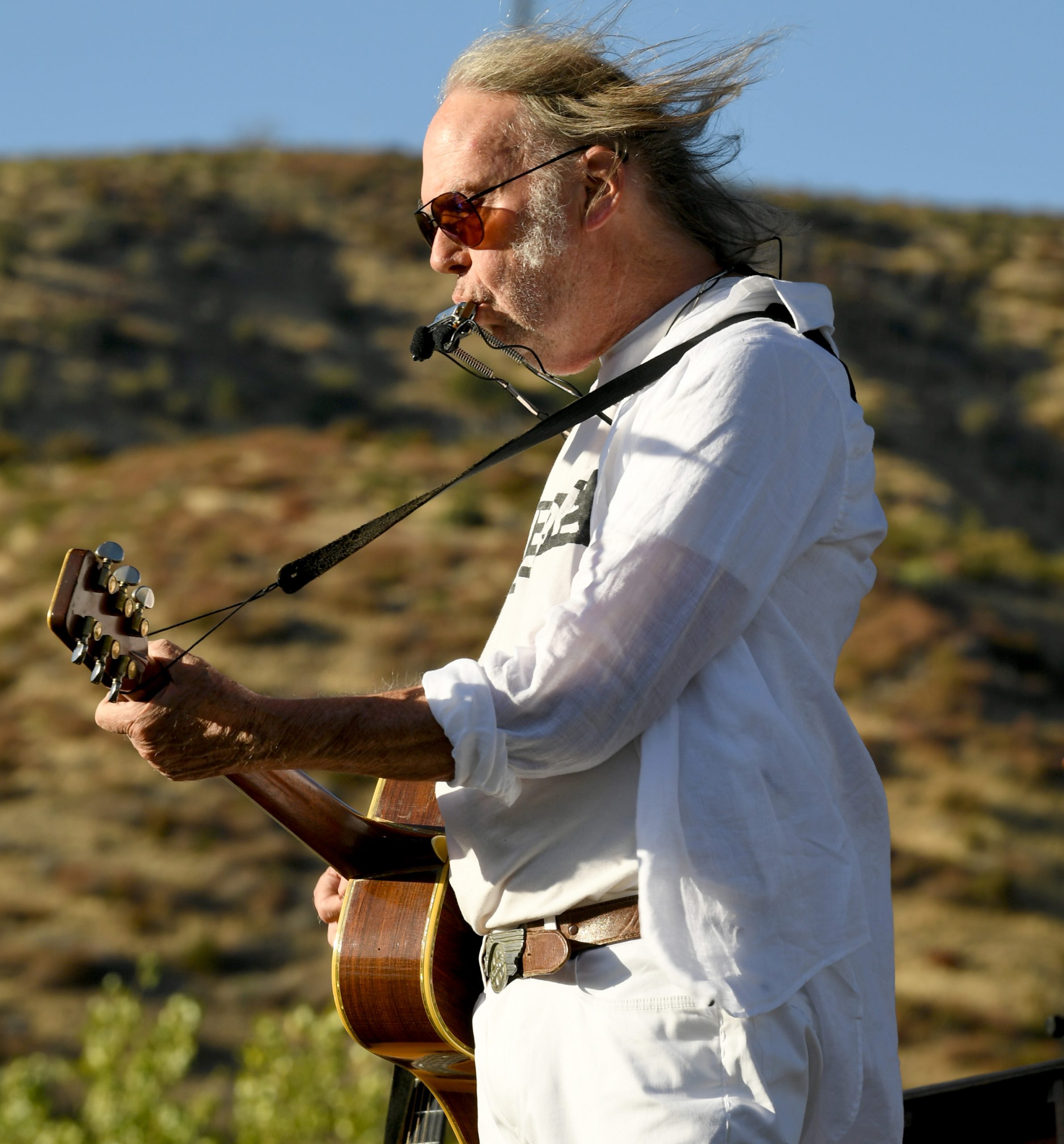 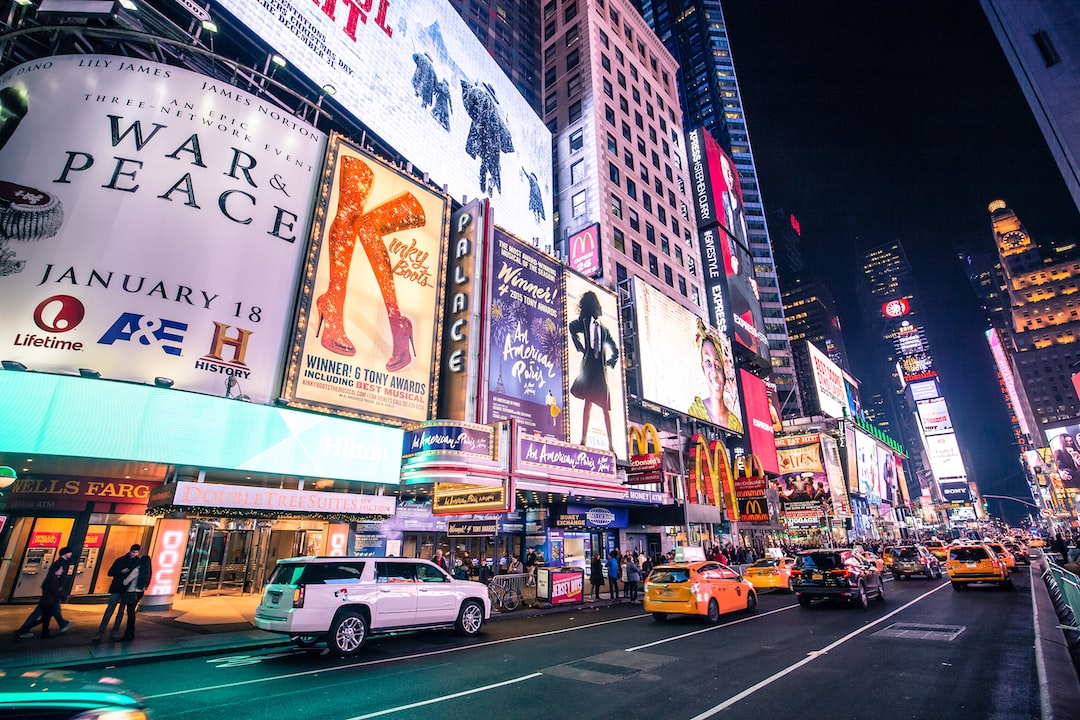 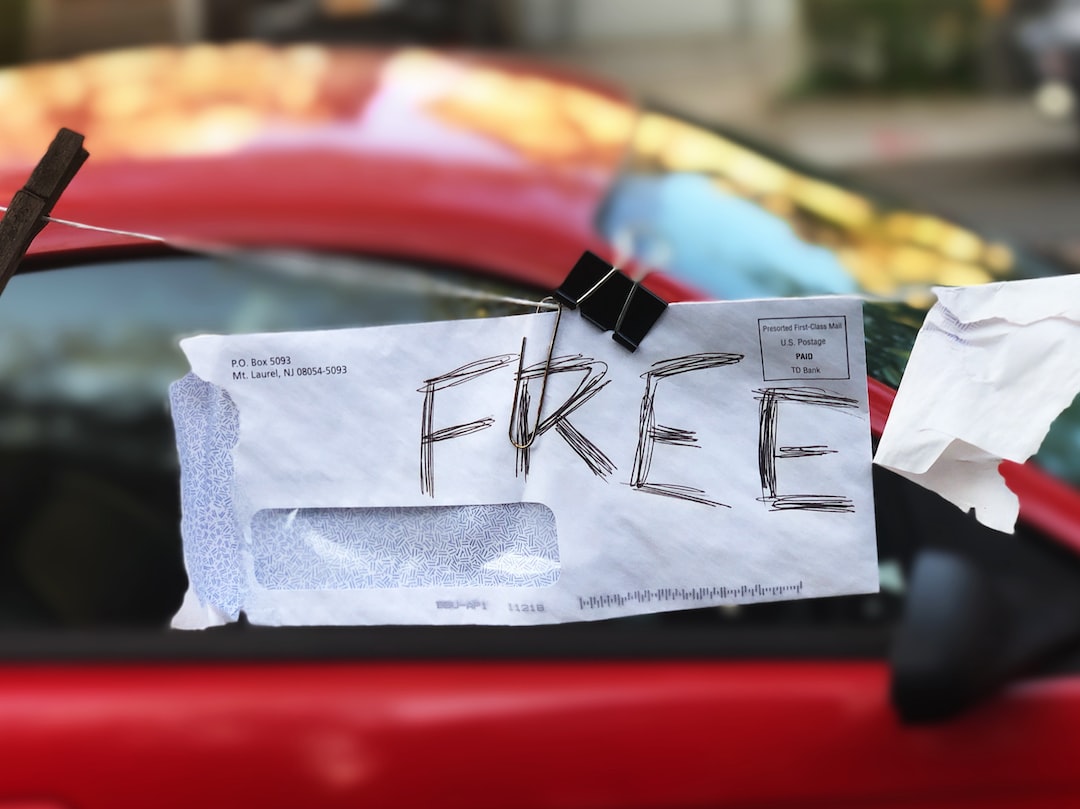 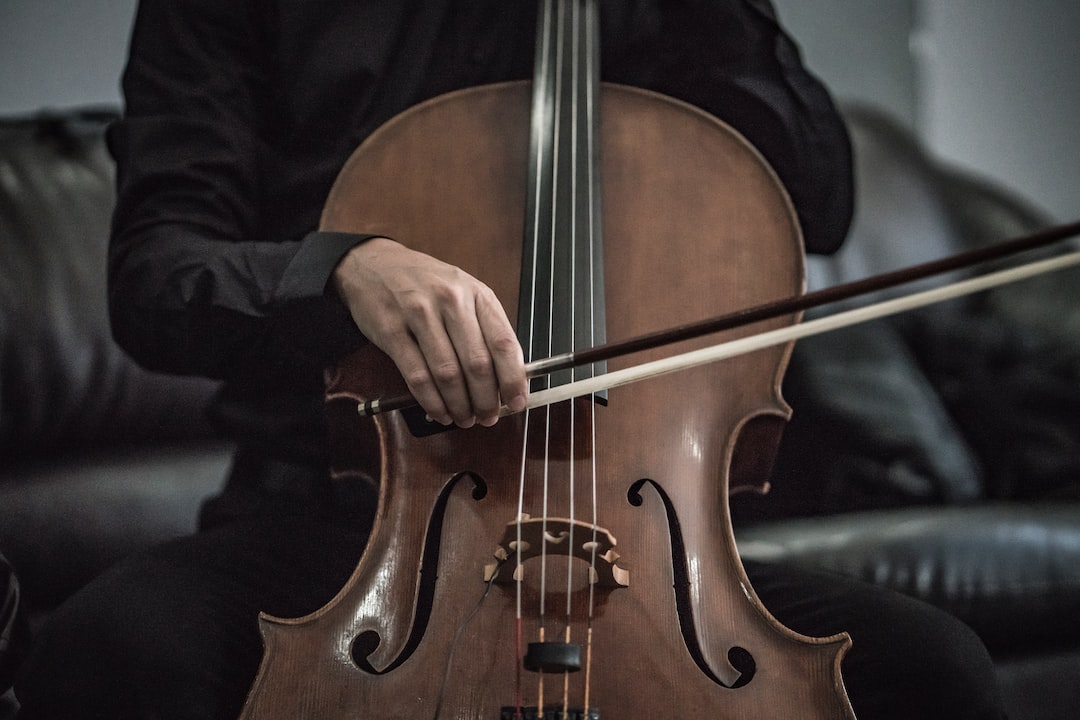 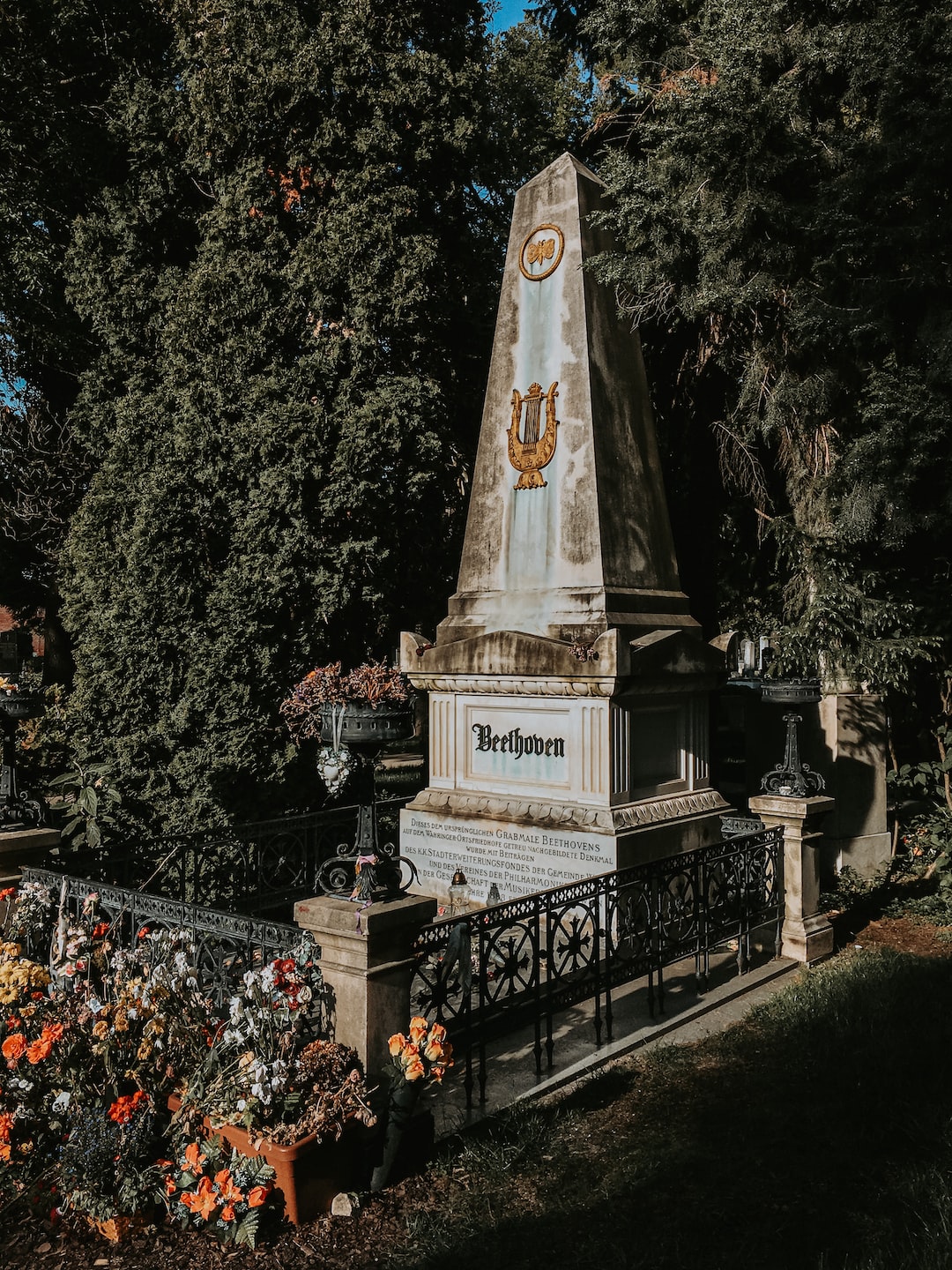 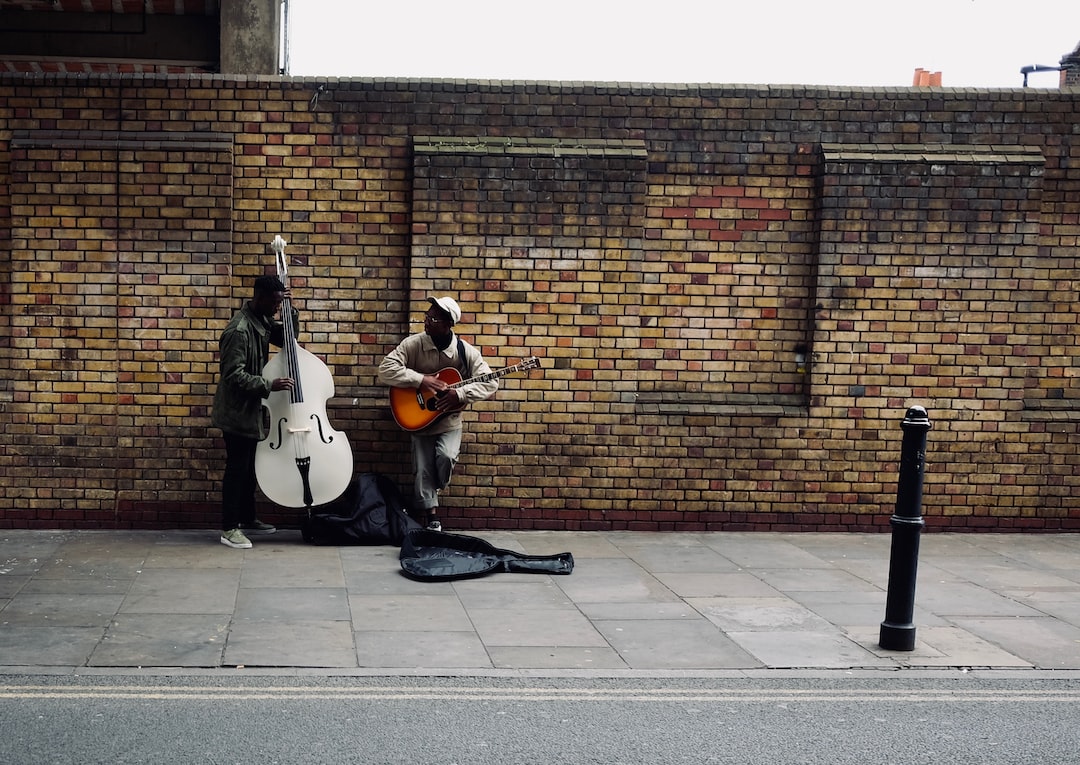 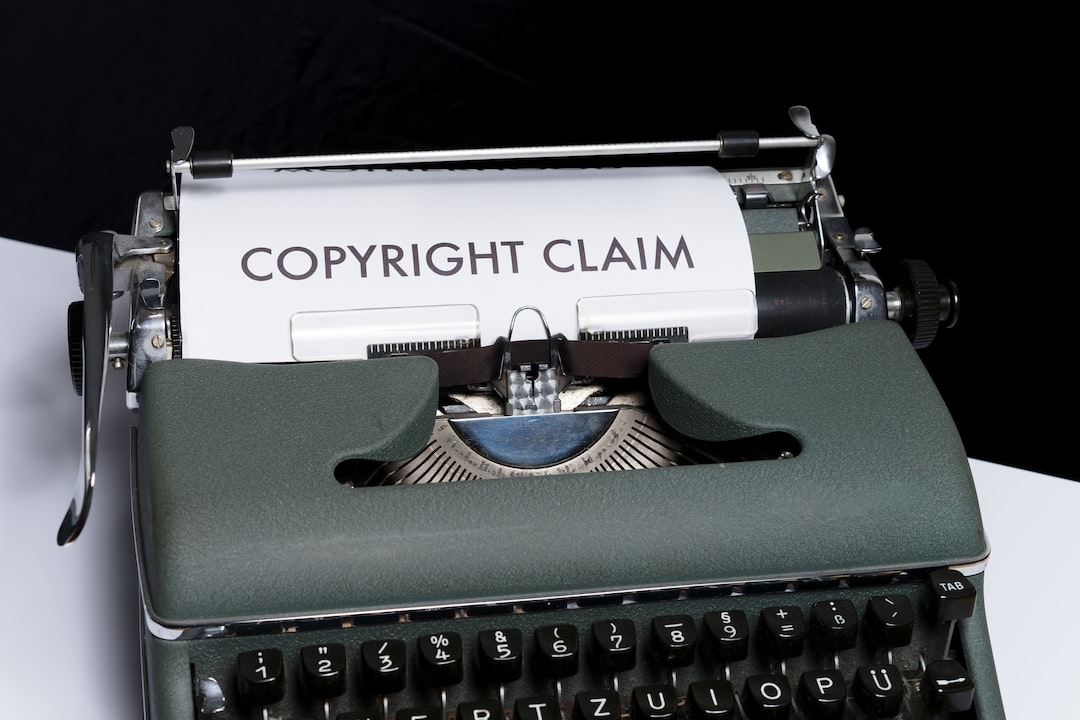